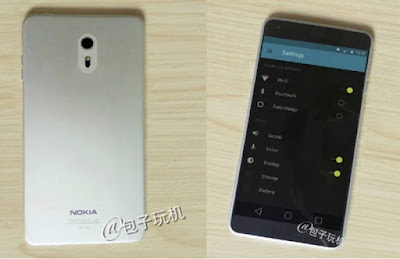 Nokia is getting back into the smartphone game, and these images — initially believed to have been real leaked pictures of Nokia’s prototype — show one fan’s concept for how to reintroduce the brand to phone buyers. Earlier this summer, Nokia CEO Rajeev Suri said that the Finnish company will indeed look to make a return, by designing and licensing handsets, to the mobile market once its agreement with Microsoft to not use the Nokia name on smartphones had expired. Having been barred from branding any smartphones as Nokias until the end of 2015, the company is now working on its plans for 2016 and beyond, which it has said will not conflict with Microsoft’s mobile efforts: “Microsoft makes mobile phones. We would simply design them and then make the brand name available to license.”

The concept Nokia C1 would run run on Android Marshmallow, powered by an Intel Atom processor inside. Its proposed 5-inch size and 1080p resolution are both rather conventional, and the suggestion is that Nokia should aim for a budget-friendly device. 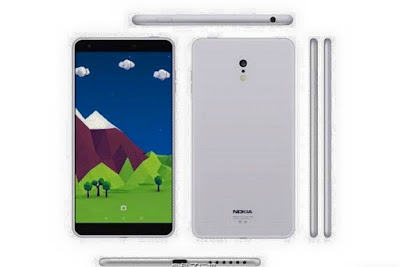 The Nokia N1 tablet, introduced earlier this year, sets the likely blueprint for what we can expect from its next mobile device. The N1 was manufactured and distributed by Foxconn, which licensed Nokia’s design and brand. There’s no guarantee that Foxconn will again be the partner for any new smartphone projects, though given the two companies’ established collaboration, it would seem to be a probable candidate. If Nokia does decide to develop an Android smartphone, it wouldn’t be its first one ever — that was the Nokia X — though it would be the first without Microsoft’s influence and control. Nokia C1 Detailed Specs are available on GSMArena as well.