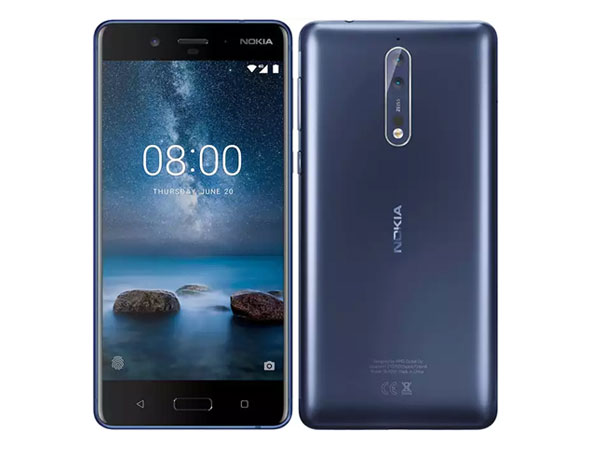 The Nokia 8 seemed to be snappy under the finger and because it’s toting the best-in-class Qualcomm Snapdragon 835 chipset we’d expect it to be able to handle anything you want your phone to do.

It comes with 4GB of RAM to power that along, making it a match for most other flagships, while there’s also internal storage of 64GB and microSD support of up to 256GB, so you’ll be able to fill it full of your favorite apps and games too.

The Snapdragon 835 seemed to be speedy and we’ll put it through its paces for our full review. We think it should allow for some great battery life as well considering how we’ve seen this chipset perform on previous Android handsets.

That said, Nokia has only included a 3,090mAh battery in here so it may struggle to power a QHD screen. But Nokia has also included a liquid cooling system that it seems particularly proud of, which should mean the phone runs smoother and won’t get too hot and therefore use a lot more power.

We’ll be sure to fully test the battery on the Nokia 8 for our upcoming full review. The phone is charged up via the USB-C port at the bottom and there’s also Quick Charge 3.0, which should pump up the cell quickly, but there’s no wireless charging option.

There’s an aluminum unibody design that includes metal edges around the phone, but while the back is metal too, the feel on the rear will change depending on what version you buy.

Nokia wants to particularly highlight the camera tech on this phone and it’s no wonder, as it looks like an impressive setup. Much like most of the major phones in 2017, Nokia has opted for a dual-sensor here that uses two 13MP shooters.

One is an RGB lens and the other is a monochrome shooter and the two combine their images to offer better photos in low light. You can also shoot from just one of the lenses if you wish, but you’ll likely only want to use the monochrome one to do this, as it allows for true filter-free black and white shots.

The Nokia 8 seems like the full package with an attractive design, QHD display, powerful internals and some interesting camera features.

There’s little here that stands out though and that could cause the phone to struggle, particularly in a year like this when a lot of phones are fantastic and the Nokia 8 doesn’t come with an edge-to-edge display or something that truly distinguishes it from the crowd.

The Nokia 8 will be available globally on September 6 for a price of 599 EUR or $750. We’ll have the full review ready for you then, so we can find out if this is a truly competitive flagship from Nokia and whether the Nokia 8 really is the ultimate phone to document your life with. 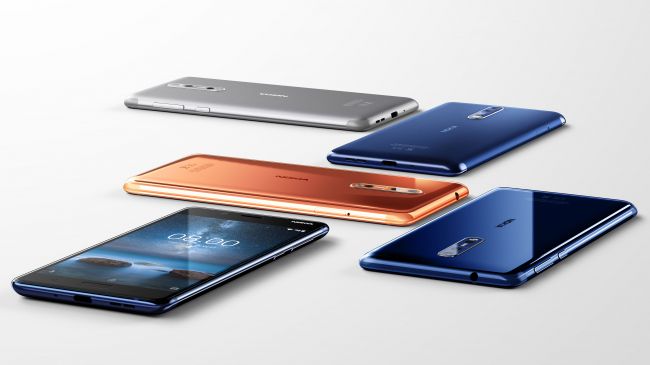