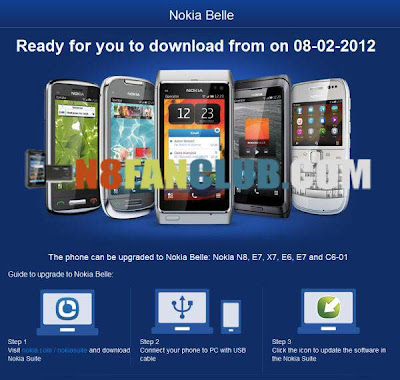 Here comes an exciting news for all of you, according to Nokia Vietnam, Official Nokia Belle firmware upgrade would start rolling out from the second week of February 2012. They have also mentioned the roll out date: 08 February 2012. Further more, you can only upgrade to Nokia Belle using Nokia Suite or Nokia Software updater, Nokia Belle update won’t be available via Phone Software Update App (Over the Air – OTA) as its a major and huge update.

Those running on leaked versions of Belle would be able to upgrade to the Official Belle using latest Nokia Suite.
Tipped by: Ahmed Umar Rais
Thanks to Resh for English ScreenShot
Source: http://www.nokia.com.vn/belle/sw