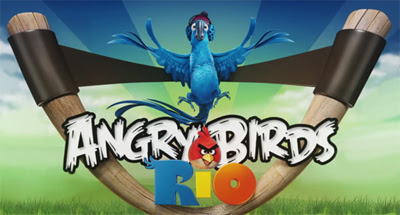 As you may have already heard, 20th Century Fox have joined forces to create a brand new game, Angry Birds Rio, which will be available on the Nokia N8 on 8th April, will feature 45 brand new dedicated levels based on the highly-anticipated motion picture.
Apparently, there will be regular updates lined up to give more content and obviously levels. The game will be available for not only Symbian^3 devices, but also other tablets and smart phones around the world – it wouldn’t even be too surprising if we see it hit the Mac store shortly after release to the general smart phone market.
As the video below shows, the Angry Birds are shuffled off to Rio de Janeiro, Brazil, via helicopter for a visit to a dark cave. The birds escape their cages and also their captors along with hundreds of other birds suffering the unimaginable fate.

You can download Angry Birds Rio for Symbian^3 over here