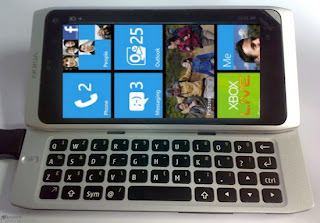 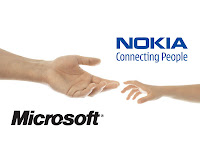 Nokia and Microsoft formed strategic alliances in order to sustain its market position and to boost up their market share which fell down from 38% to 28% in the last year 2010.
Update: Nokia Share Price Takes A Hell Of A Nosedive, Down 14% – TechCrunch
Due to Nokia and Microsoft’s Strategic Alliance

The deal would see Nokia use the Windows phone operating system for its smartphones, the company said. Microsoft’s Bing will power Nokia’s search services, while Nokia Maps would be a core part of Microsoft’s mapping services. Earlier this week Nokia chief executive Stephen Elop sent a memo to staff warning that the company was in crisis. Speaking at a meeting to launch the new strategic partnership Mr Elop said that “the game has changed from a battle of devices to a war of ecosystems”.
“An ecosystem with Microsoft and Nokia has unrivalled scale around the globe,” he said. Microsoft’s chief executive Steve Ballmer was also present at the launch, underlining the importance of the deal to the computing giant.
“Nokia and Microsoft working together can drive innovation that is at the boundary of hardware, software and services,” he said. The new strategy means Nokia’s existing smartphone operating systems will be gradually sidelined.
Symbian, which runs on most of the company’s current devices will become a “franchise platform”, although the company expects to sell approximately 150 million more Symbian devices in future. “This is a clear admission that Nokia’s own-platform strategy has faltered,” said Ben Wood, an analyst with research firm CCS: Insight.
“Microsoft is the big winner in this deal, but there are no silver bullets for either company given the strength of iPhone and Google’s Android,” he added.
Nokia’s share of the smartphone market fell from 38% to 28% in 2010, according to monitoring firm IDC. Nokia’s upcoming Meego operating system also appears to have been sidelined. According to the company statement: “MeeGo will place increased emphasis on longer-term market exploration of next-generation devices.”
The new platform was expected to form the core of Nokia’s future smartphone and tablet strategy. The company says it still plans to ship one Meego device by the end of 2011. For Magnus Rehle, the Nordic managing director of research firm Greenwich Consulting, Nokia may have difficulty juggling its three operating systems: Windows, Symbian and MeeGo.
“Three platforms is a lot to work with. I’m not sure there is room for so many platforms,” he said. And, as with any tie-up, there could be clashes between the two firms, he said. Earlier in the week, Mr Elop had sent a tough memo to all Nokia staff, saying that the company was on the cusp of radical change.

Keeping this alliance in view, what would happen with the development of Symbian and MeeGo Operating Systems?? It seems to be a big question mark on the Symbian^4 development. Personally I am shocked to see such a decision from Nokia’s side. They should rather stick to their operating system and improve its current features along with introducing new features side by side.