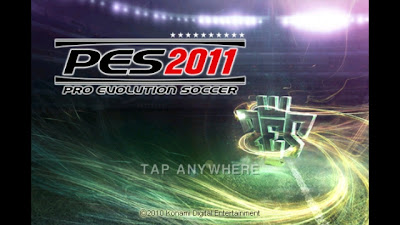 With each season, football fans learn a new language. As teams rise and fall from one league to another, so the expectations of those following them alter. Liverpool fans no doubt felt on top of the world when they thrashed the mighty Real Madrid 4-0 at the start of 2009, but now, even beating the likes of Northampton seems out of their reach. The mighty can quickly become the meek. In much the same manner, there’s a regular changing of the guard on Nokia Touch. PES 2010 made up serious ground on its rivals at the end of last season, arguably streaking into a narrow lead at the top of the table. Now it seems those at Konami can’t cope with the pressure, with this latest effort almost acting as a poor man’s port of its predecessor.

Advertisement
If looks could kill. Indeed, the superficial similarities between the two games make PES 2011 and its failures a surprise. Everything from the in-game head-up display to the controls has been carried over from PES 2010 to this new edition, with a virtual thumbstick and two-button approach to passing, attacking, and tackling as comfortable as expected. Both one-touch and accelerometer controls make an appearance, with the former’s intuitive approach to converting touches anywhere on the screen into logical passes or shots just as accomplished here as it was in PES 2010.

On a go slow What’s different is the pace of play. There’s a focus on passing: crafty movement combining with pinpoint passes to open up opposing defenses. PES 2010 nearly perfected this approach, possessing a fluidity and directness. 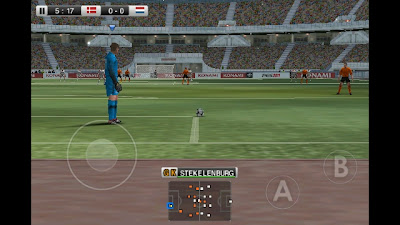 In comparison, PES 2011 plays like an early beta of its predecessor. To begin with, timid AI slows the tempo of play. The same moves are, ultimately, still possible, but they seem less realistic here, with players tottering around the pitch like a team without confidence.

Fouls also have taken a step back. It’s not uncommon to see two or three penalties given each match for what appear to be perfectly legal tackles in the box. Rare are the games that end with a full roster of men on both sides. Red cards are usually fair, but the tackles that warrant them come far too often from computer-controlled players. 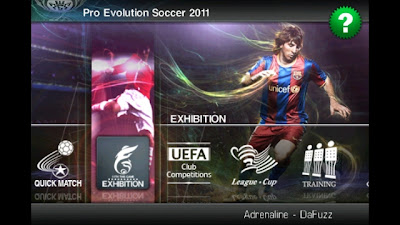 Slip and slide
None of these handicaps completely ruins the game – it’s still perfectly possible to have a good kickaround with PES 2011 – but they’re especially odd given that they were nowhere to be found when last year’s effort rolled into town. Konami has taken what was a major step forward and walked right back. On almost every level, PES 2011 stands in the shade of its predecessor. Every level but one. PES 2011 welcomes multiplayer to the fold, delivered both via wi-fi and Bluetooth. It’s a notable addition, giving play the added lifespan PES 2010 arguably lacked. Indeed, when added to the standard League, Cup, and Training modes – Konami’s UEFA license again ensuring the appearance of the Champions League and Europa League – PES 2011 is a bulky package. It’s also far from a disaster. Newcomers will, more than likely, barely notice what will feel like steps back for those who enjoyed PES 2010. Nonetheless, those looking for PES at its best will do well to turn the clock back to June, because PES 2011 is sadly evidence of a series slowly slipping back down the table.