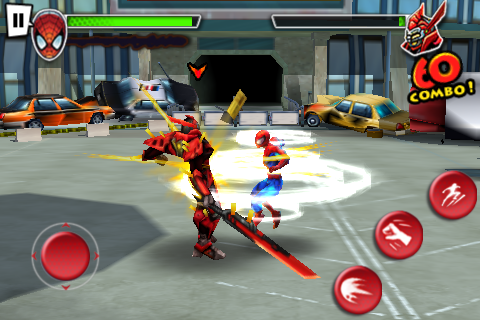 Spiderman Total Mayhem HD for Nokia N8 is Your friendly neighborhood Spider-Man battles to save his beloved city! Spider-Man will need to use all of his great powers to save New York from the worst breakout of Super Villains the city has ever seen. Fight against time to stop the madness and mayhem created by the Super Villains who want to take over the city and disperse a poisonous virus! Spider-Man: Total Mayhem captures all the action, humor and fun of the Ultimate series in state-of-the-art gameplay and animations. Are you up for the challenge? 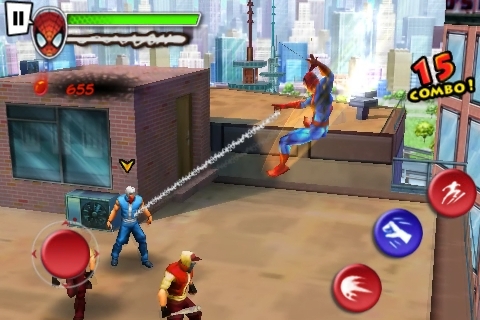 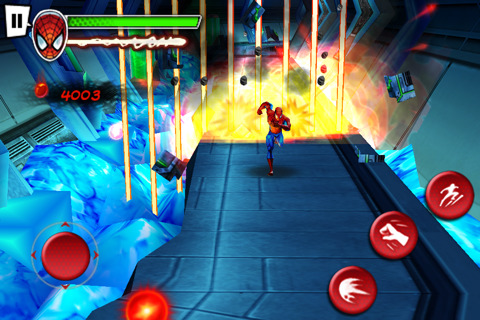 Features:
* Enjoy ultra dynamic gameplay with more than 20 fighting combos that take advantage of Spider-Man’s extraordinary agility and super powers.
* Find yourself in a pinch? Activate Spidey’s special attack, the Ultimate Web Combo to blast danger away!
* Face off against six of Spider-Man’s toughest enemies gathered in one game for unprecedented mayhem: Sandman, Rhino, Electro, Venom, Dr Octopus, and Green Goblin!
* A sleek graphic style with bold colors and impressive animations – including slow motion – brings the Ultimate Spider-Man universe alive in right your hands!
* Visit 12 levels in unique New York City locations as depicted in the comic book series. Battle from the rooftops to the subway and back again!
* Explore the city like Spider-Man! Cling to the walls and climb them and then jump, web sling or slide from rooftop to rooftop in memorable aerial sequences.
* Unlock the Black Suit, and revisit all levels using your new capacities powered by the mysterious Symbiote substance.