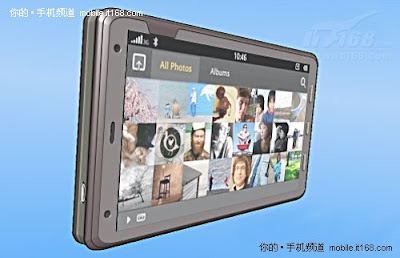 The Nokia N9 will not only assemble 4-inch AMOLED WVGA resolution touch screen , but also built with the same N8 12 megapixel camera with Carl Zeiss camera, dual LED flash assist and 720P HD video recording (there are rumors support 1080P). In addition, the aircraft also joined the HDMI interface, powered by ARM Cortex A9 dual-core processor, clocked as high as 1GHz, and have massive storage capacity of 64GB. It is reported that Nokia N9 will be officially on sale in 2011, and its first time appearance in September of this year’s Nokia World Conference held.

Nokia N9 model confirmed that the first release in the fourth quarter of this year But according to past experience, the Nokia MeeGo Phone Series naming rules or will be the traditional distinction between N series of smart machines, so I prefer to believe that Nokia N9 is a platform and equipped with Symbian ^ 3 to N8 birth of a successor