Nokia today claimed that the Nokia N8, which is geared towards making up lot ground in the competitive smart phone market, has been having power issues with some handsets that do not turn back on after being recharged. 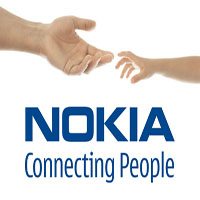 Nokia lead us to believe that the fault was only limited to “a small number of handsets” and is expected to be fixed in line with the Nokia warranty terms, says Nokia spokewoman Eija-Riitta. She was unable to comment as to whether this issue was a local issue or how many handsets could potentially be effected.

When Nokia refer to “a small number of handsets”, it’s impossible to know how small this issue is. If Nokia sell 3,000,000 handsets and 10% of them had issues, that’s a massive 300,000 handsets that could potentially be defective – although in comparative terms, that is a small number of handsets, but still a lot in the overall grand scheme of things.
The latest fault with the Nokia N8, though relatively small-scale, comes at a potentially bad time as the fourth quarter traditionally means a strong growth in the wireless industry – after all, Christmas is a time when we spend most of out money.
With that being said, Apple seemingly regained consumer confidence after a catastrophic start to their sales, with their own issue that comes in the form of the much reported antenna issue. Whether Nokia can regain consumer confidence after this, in comparison to Apple’s iPhone, small blip, is a matter for Christmas sales to deal with.
With the announcement of the power issue, Nokia’s share price has fell by more than 1% since being announced. This is obviously bad news for Nokia, but with such a great phone at such a great price in comparison to other smart phones, the Nokia N8 should come back with a bite. After all, as they said themselves, the Nokia N8 is covered by their warranty scheme, so the worst that will happen for an N8 owner is he or she will have to visit the store it was brought from for a repair or replacement – hardly life changing.
Article Written by N8Geeks.com