Previously rumored to be called BlackBerry Slider 9800. The Blackberry was announced earlier August and supposedly to be launched this August. While the N8 was announced on April expecting the release in October this year. The dimensions of the Blackberry is 111 x 62 x 14.6 mm and of the N8 is 113.5 x 59.1 x 12.9 mm, 86 cc. The rival actually doesn’t have quite of a weight difference, the N8 weighing 135g and its rival weighing 165g. 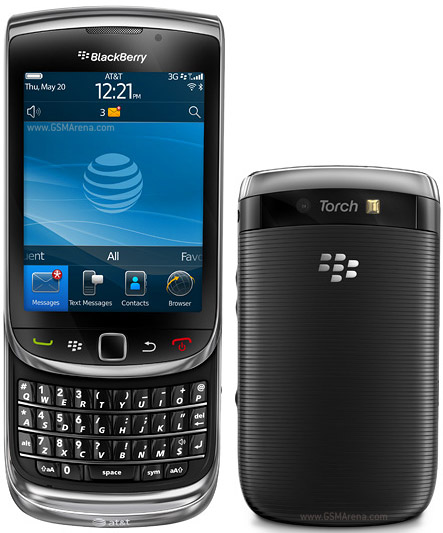 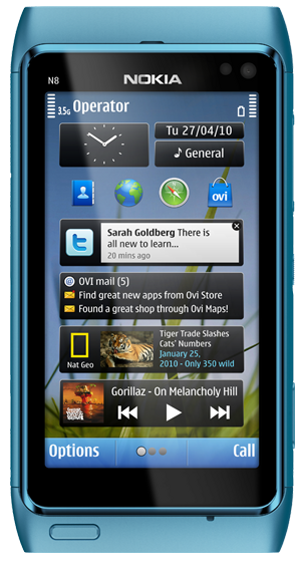 The other handset has a touchscreen so when you write, fingerprints are left behind.
The N8 has a scratch resistant gorilla glass display but even than if you hit it really hit it hard it can break.
The Blackberry does have our regular 3.5 mm audio jack as well as the N8.

The Blackberry has 4 GB storage, 512 MB RAM and 512 MB ROM which is quite a bit for this type of smartphone while the N8 beating it with 3x more storage 16 GB storage, 256MB RAM and 512 MB ROM. The Blackberry does come wit a 4GB Microsd card but unfortunately the N8 doesn’t come with a memory card as I’m sure 16 GB is enough for us N8 future users.
Both of the devices do come with 3g but the N8 having the advantage of HSUPA at 2.0 Mbps.

The Blackberry does come with a good quality camera of 5 MP, 2592-1944 pixels, autofocus and LED flash rather than a Xenon flash which the N8 is equipped with. The camera is way better than the Torch with 12 MP, 4000×3000 pixels, Carl Zeiss optics and autofocus.
The Blackberry is the first device ever in history that has BlackBerry OS 6.0 but I still think the Symbian^3 OS is better.
The N8 comes with very things such as : V-out (720p video) via HDMI and composite, Dolby Digital Plus via HDMI, Anodized aluminum
casing, Digital compass, various media capabilities,Voice command/dial,Document viewer (Word, Excel, PowerPoint, PDF) and many more. But the poor Blackberry only comes with Social feeds, BlackBerry maps, Document editor (Word, Excel, PowerPoint, PDF) as well as an organizer and a voice dial/memo.
The Blackberry battery time is up to 432 h (2G) and up to 336 h (3G) while the amazing N8 beats it with 390 h (2G) and 400 h (3G).