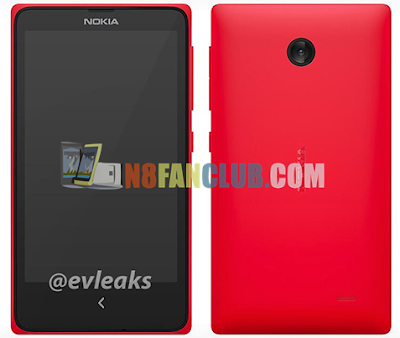 Nokia has been building its own Android phone according to multiple sources familiar with the company’s plans. Codenamed Normandy, and known internally at Nokia under a number of other names, the handset is designed as the next step in low-end phones from the Finnish smartphone maker. We understand that Nokia has been testing “Normandy” with a special “forked” variant of Android that’s not aligned with Google’s own version, akin to what Amazon does with its Kindle Fire line.

WILL IT EVER SEE THE LIGHT OF DAY?

An image of the handset was published in November by @evleaks, showing a Lumia-style device with no apparent capacitive buttons for navigation. We’re told that Normandy supports Android applications like Skype, and other popular top apps. Nokia has been developing the Android-powered phone despite Microsoft’s plans to acquire the company’s handset business. It’s now unclear whether Nokia will release the handset before the Microsoft deal is finalized, or whether Microsoft will continue with the plans for the device.

Multiple sources have revealed that Normandy is designed as an Asha equivalent to push low-cost devices with access to more traditional smartphone apps, something the company has struggled to achieve for its Series 40-powered Asha line. Nokia’s effort is similar to Amazon’s own use of Android, allowing the company to customize it fully for its own use. Nokia employees working on Normandy were informed the device is planned as a 2014 release, and one insider described the Normandy effort as “full steam ahead.” Unless Nokia manages to release Normandy ahead of its Microsoft deal, we can’t imagine Microsoft is interested in using Android to target the low-end over its own Windows Phone operating system. So are you excited to expect an Android device from Nokia??