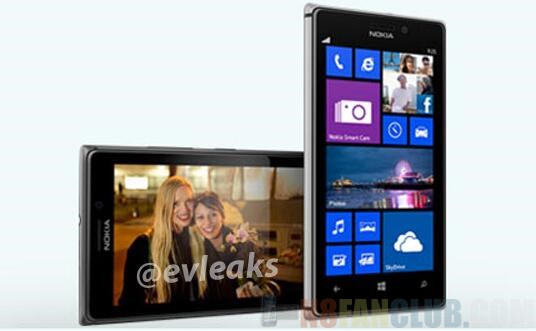 evLeaks seems to be quite trustworthy when it comes to genuine leaked smartphone images and even their detailed specifications even before their official announcements. Today Nokia Lumia 925 aka Nokia Catwalk’s image has been leaked which has inspirations from Nokia N8’s design and it has a steel / aluminum body. Earlier we had seen a leaked image of Lumia 925 (Catwalk) from its backside which shows a pretty decent / bumped camera sensor for great photography. Nokia Lumia 925 aka catwalk will be having Windows Phone OS. Nokia Lumia catwalk is also considered to be the slimmest Nokia Lumia smartphone.

Nokia Lumia EOS and Nokia Lumia Catwalk are just hiding in a corner. The Nokia Lumia 925 (Catwalk)  is said to feature a Snapdragon S4 chipset with 1.5 GHz dual-core Krait processor, 1 GB of RAM and 16GB of internal storage. Nokia is believed to give the Lumia 925 the same 8.7 megapixel camera with f/2.0 aperture as the one in the Lumia 928. The battery capacity is said to be 2000mAh. The Lumia 925 is very likely to see its official debut at Nokia’s London event tomorrow, May 14.