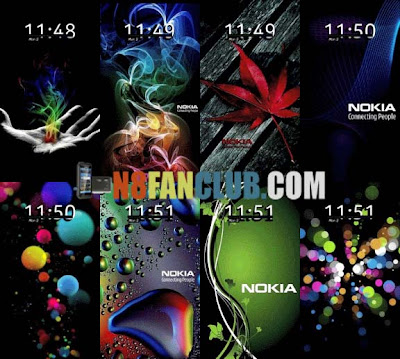 Chillerhippie has made a newer version of Sleeping Screen.

* New Nokia Pure Font and classic phone font for night clock
**Classic Phone Night Clock Font NOT WORKING**
* Fixed Font Sizes (Not Perfect, but better than my previous version
* Added various new sleeping screens in City, Fauna and Stairway
**the picture of the clock tower in cities is from my city hall
** Stairway has been compleatly replaced with many very nice wallpapers edited by myself in photoshop to look there best on the sleeping screen.
* Kept all the Anna/Belle style icons and animations I created from the previous version although the Battery animation has now changed **not intended, I was modifying a previous custom version of my sleeping screen which I never released. This will also be fixed in the next version**

UNINSTALL ANY PREVIOUS VERSION OF SLEEPING SCREEN BEFORE INSTALLING THIS ONE.