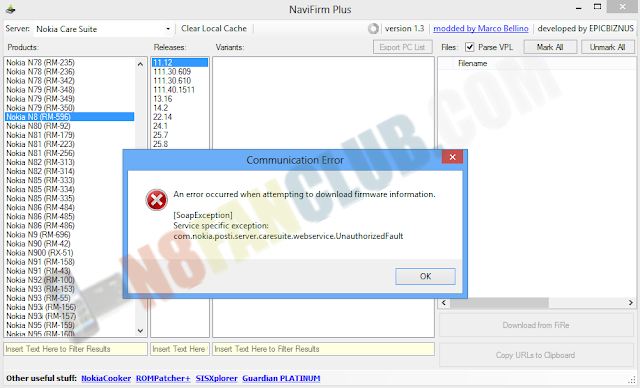 As we had reported earlier, Nokia had planned to close the firmware download connection to NaviFirm application that helped users to download almost all Nokia device firmwares and could easily flash their smartphones with those downloaded official firmwares. Today Nokia has finally banned unauthorized firmware downloads over Navifirm (handy windows pc application) Even some firmwares appeared before their official rollout on the Nokia’s devices. (Also termed as leaked firmwares). Although this won’t be happening anymore, users won’t be able to download firmware files with Navifirm and in case if their device gets bricked up, only Nokia Care would be the last resort.

While trying to access firmwares with NaviFirm, it will pop an error message stating:

Nokia will close open connection to Nokia Firmware Repository during January 2013 and Implement access control. After this, the Nokia Online login is required to access Nokia Firmware Repository. During transition phase (December 2012 – January 2013), both open and restricted channels are open, but the open channel will be closed at the end of January 2013 After this, application updates and device software downloading are possible only by using the latest software releases with service NOL login supported.