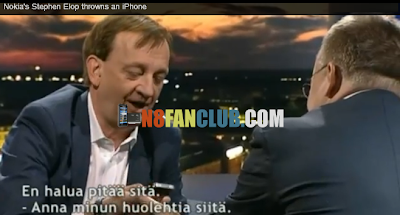 During an interview at some Finnish television channel, Nokia’s C.E.O, Stephen Elop called an iPhone an embarrassing device and rather threw it away on the floor in an awkward way. The interviewer also wanted to get rid of his iPhone and wanted to own a Nokia’s device. The interviewer will definitely get a replacement Nokia flagship device for his iPhone (probably Lumia 920). You can watch out the video after the break… 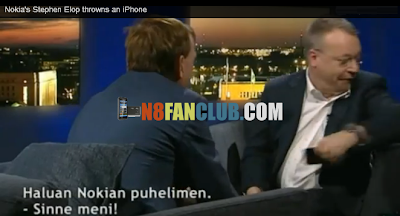 Interviewer was trying to ask Stephen Elop regarding the much rumored Nokia Lumia 928, that when its going to be available, but Elop simply denied that he doesn’t know since the device isn’t yet announced. Elop instead discussed about Nokia Lumia 620, that its going to hit Finland pretty soon. For your information, Lumia 928 will be the thinner & lighter variant of Lumia 920 with Xenon Flash, expected to be officially announced  by Nokia, somewhere in April, 2013.