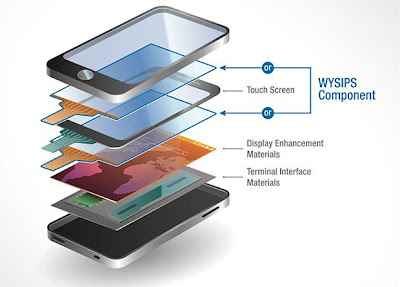 Nokia had initiated Solar Charging Project, in which solar charging panel (Lokki) was being fixed  at the back of prototype devices. That project had been closed because the prototype panels failed to generate enough power to charge-up the device. But now it seems like Nokia is reconsidering that solar charging project with SunPartner Group “Wysips”.

According to a report over on MonWindowsPhone, Nokia is looking to work with WYSIPS to brings solar charging to its smartphones later this year. WYSIPS (What You See Is Photovoltaic Surface) a subsidiary of SunPartner Group, is inventor of the revolutionary component capable of transforming any surface into a solar pannel without changing its look. The company is also making an appearance at this year’s Mobile World Congress event in Barcelona,where they will be showcasing their latest prototype. 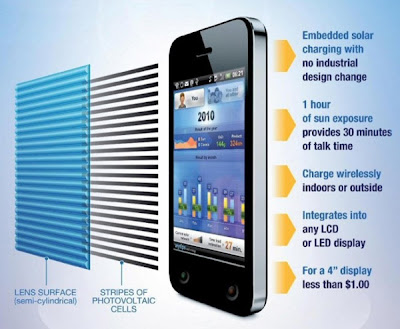 WYSIPS technology works by placing a photovoltaic component between the screen itself and the device, which supplies enough energy to keep the device permanently charged. Phones can be charged by natural light, as well as with artificial light as found in homes and offices. Also to note that the new solution by WYSIPS offer up to 90% transparency, without disturbing the functioning of the tactile layer or affecting luminosity.

Wysips has already signed a deal with a smartphone manufacturer, but has not revealed the partners name, though its highly anticipated that Nokia has been one of the first to sign up with them for this amazing solar charging project. We might be able to see upcoming Windows Phone & Tablets from Nokia with solar charging panels. Keep in mind that Wireless charging is already available on Nokia Lumia Windows Smartphone aka Nokia Lumia 920.