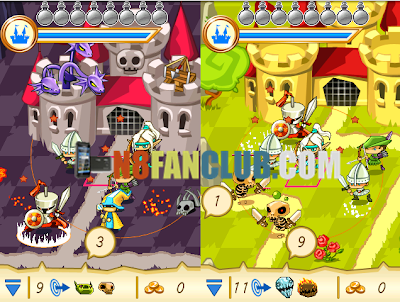 Your Kingdom is under attack. The Evil Lord is his army of demons at the gates of Throwing your castle, and only you can stop him!Take command of an elite unit of elf archers, sword-wielding Knights, Powerful mags and fire-Breathing N8 Fan Club dragons in this epic new Swords -and-Sorcery tower defense game. Featuring two game modes and more than twentieth Different levels, Fantasy Kingdom Defense is Entirely free to play and offers a Wealth of achievements, awards, and exciting close-Quarters strategic combat.