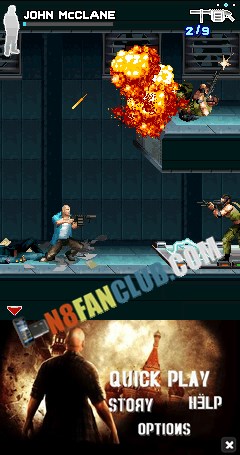 John McClane travels to Russia to help out his seemingly wayward son, Jack, only to discover that Jack is a CIA operative working to prevent a nuclear-weapons heist, causing father and son to team up against underworld forces. Become John and Jack McClane and relive the non-stop action thrills of the explosive new movie, A Good Day to Die Hard! Play it now on mobile. Yippee ki-yay, Mother Russia! Compatible with S^3 / Anna / Belle Smart Phones.