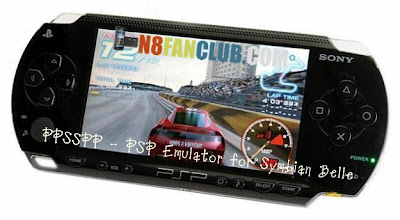 PPSSPP is a free PSP emulator for Symbian, Microsoft Windows, OS X, GNU/Linux, Android & BlackBerry 10 and with an increased focus on speed and portability. It was first released to the public on November 1, 2012, under the GNU GPLv2 or later. N8 Fan Club. The PPSSPP project was created by hrydgard, one of the co-founders of the Dolphin emulator. PPSSPP is still in its early stages and thus a small number of PSP games are currently playable. However, this is improving quickly! 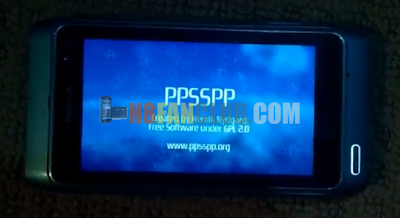 We had a chance to try PPSSPP PSP emulator on our Symbian devices, but it seems that its quite laggy to run high end PSP based games on Nokia N8 & even Nokia 808 PureView, although its a good sign to see such sort of developments taking place for Symbian. N8 Fan Club Rocks. You can try it out on your devices and let us know which games you are able to play smoothly on your Symbian Device using PPSSPP PSP Emulator for Symbian.  Note that you will need .ISO or .CSO PSP ROM(s) to run through this emulator. You will have to search for them yourself. Below you can see the video demonstration.

PPSSPP Emulator for Symbian brings large compatibility improvements, much better audio, many graphics fixes, savegames working in many games, and save states too! N8 Fan Club. All of this available for Symbian, Android, Blackberry & Windows, with more ports coming soon. Now even the low-end Nokia N8 with its 680MHz ARMv6 processor can play some 3D games at full speed (40-60 FPS). While its bigger brother, the Nokia 808, with its 1300MHz ARMv6 processor is able to play many 3D PSP games at full speed. If you haven’t been following the git releases you will be pleasantly surprised by how much the performance and compatibility has improved.