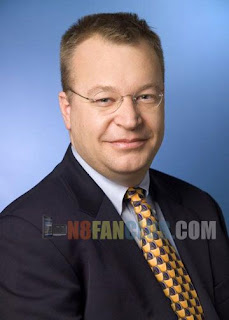 According to the poll conducted by 808 Fan Club, should Stephen Elop be sacked out of Nokia? Total 2148 people had voted in the poll, out of which massive 88% (1904) people voted against him and he should be sacked immediately while almost 12% (244) had voted in his favour.

Why people are against Stephen Elop?

> He has abandoned Symbian, MeeGo and Meltimi Platforms from Nokia
> Adapted Windows Phone OS for Nokia’s Smart Phones
> Many Nokia’s factories have been closed worldwide
> Downsizing in Nokia’s factories
> Shut-down the production in Finland and outsourced them to Asian Countries

Kauppalehti (Finnish business newspaper) describes that in such a situation investors in Finnish Mobile Company (Nokia) have decided to collect the signatures from shareholders to get Stephen Elop sacked out of the company. The only thing that could make the CEO’s position safe is Windows Phone 8’s success. And  in case Windows Phone 8 also brings up disappointment just like Windows Phone 7.5 did for the company, the board of directors have hinted to switch over to Android (as a backup plan).

Should Stephen Elop be sacked out of Nokia?