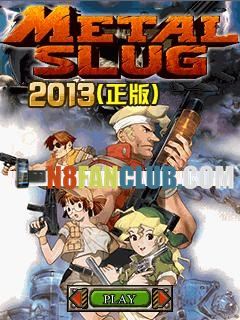 Legendary game “Metal Slug” from the ashes, and 100% arcade full transplant, you are familiar with the role of the enemy’s comedy classic levels, but also again in front of us. The screen is accompanied by a delicious, super-dynamic effects, absolutely can relive the essence of this arcade masterpiece. Early in the game, select your character and go! Addictive gameplay , Great graphics and sound. A huge number of enemies, Different types of weapons. All this makes the game