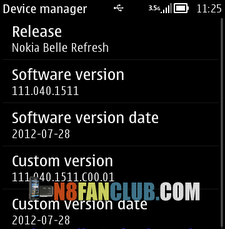 Nokia Belle Refresh firmware update for 1st Generation of Symbian^3 Smart Phones is expected to be delivered, since Nokia has installed the update in RDA devices. But there kept a deep silence from Nokia’s end to deliver the updates for their 2010’s flagship Nokia N8 along with other S^3 family Smart Phones (C7, C6-01, E7, E6, X7). Nokia Belle Refresh (trimmed version of Nokia Belle FP1) has been spotted on RDA (Remote Device Access) on Nokia C7 with firmware version mentioned as 111.040.1511.

Nokia has not offered any official delivery date for Nokia Belle Refresh firmware, though its worth noting that when ever the firmware becomes available on RDA devices, they are usually preparing for its release. Nokia Belle Refresh will offer new web browser, new music player and some new widgets and overall system stability (We hope that Nokia would have fixed video player issues specifically with FLV  and MKV video formats). But we regret to say that they haven’t included new FP1 style multi-tasking manager with this official firmware update. 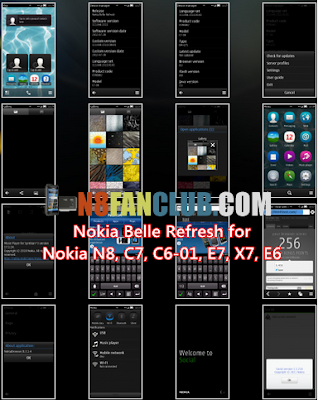 For 2nd generation Belle smart phones (Nokia 808 PureView, 701, 603 and 700), Nokia Belle FP2 has been planned and you can browse its screenshots gallery and demo video.