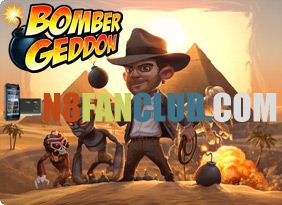 HeroCraft is pleased to announce the release of the bomb crazy and frantic arcade game Bombergeddon premium jet for Nokia (N8 and 5800 series). Take the role of Dakota Jackson enthusiastic adventurer and travel around the world on a mission to uncover rare artifacts. The high techs 21st century have given several explosive devices that can knock the pyramids or the Great Wall of China. Travelling the world in search of glory and wealth, leaving only charred ruins in its wake. Try this nano-technological realization of the legend!