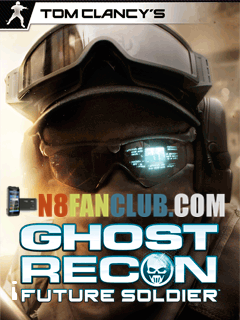 In the escalating political climate of the near future, a new breed of soldier has arisen. Trained to be better than the best and outfitted with the most comprehensive array of high-tech gear ever assembled, the future soldier stands apart by his ability to remain undetected. As a member of the elite Ghost Recon team, you are among the few who possess the power, the adaptability, and the cognitive fortitude of the future soldier.

Specialized in every area of combat, equipped for survival, and trained in absolute discretion, you are entrusted with the missions no other soldier can handle. The official mobile game of the newest installment in the famous Ghost Recon series.

– Fight the War of Tomorrow through side-scrolling beat’em -up gameplay featuring a new cover system.
– Team-based tactics to take full advantage of the versatile allies that support you.
– Become a future warrior using new weapons including remote drones, codenamed: The Big Dog.
– Extreme combat conditions are enhanced by highly detailed graphics for snow, rain and fog.
– Decide a critical conflict set in the near future where an overthrown Russia invades Europe.