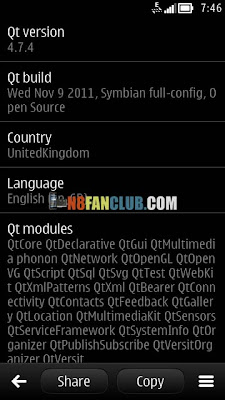 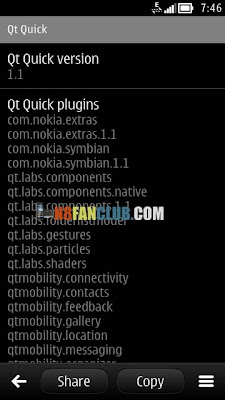 This application will help you to know the Qt version number that your Symbian^3 / Symbian^4 device have had installed. Note that Qt 4.7.x needs to be installed for the application to work.
Currently displays (all the info is obtained at run-time, not compile-time):
Channels supported for relaying the info:
Qtinfo.html has been included in the download package as a sample file. It was generated using Qtinfo App.