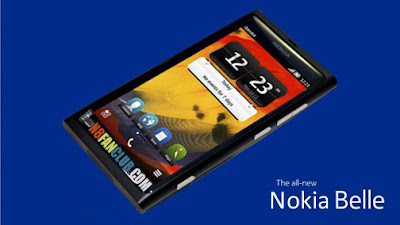 Here comes a leaked snap of upcoming Nokia 801 with Nokia Belle OS. This device could be the most awaited Nokia N8’s successor. It has a very similar hardware design as of Nokia N9, Nokia Lumia 800 and Nokia Lumia 900. The source of this leaked image seems to be reliable as mentioned by SmartPhoneGeeks.in.

Further this leak has also been confirmed by the mobile insider Eldar Murtazin. We have mentioned the detailed specs of this leaked and upcoming Nokia Belle device after the following confirmation tweet.

What do you guys think about this leak? Will you consider buying this Nokia N8’s Successor based upon Nokia Belle and above mentioned specs?