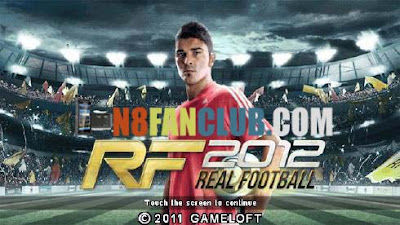 It’s an observation that could easily beapplied to Gameloft’s annual soccer shindig: as good as the bare bones of Real Football might be, the series is fast becoming an excuse to drag out the same old box of tricks, albeit dressed up in barely distinguishable clothes.As in previous releases, a large proportion of the teams on offer in Real Football 2012 are based on real clubs but use fictional names. To the rescue comes Real Football 2012’s ‘edit’ feature, allowing you to alter their titles to something more realistic in just two ticks if it bothers you too much.The result of this league licence blackout, however, is that Real Football 2012 comes with a focus on Euro 2012, with a dedicated mode allowing you take the national team of your choice through qualification tothe big event in Poland and Ukraine next year.Whatever mode you opt for, however, it’s how the matches matches play outthemselves that seals the game’s fate.

For newcomers, it’s impossible to ignore just how well Real Football 2012’s engine performs.The game’s controls are simple enough ¡§C ‘5’ to pass, ‘0’ to shoot, with a sliding gauge determining the accuracy of the effort ¡§C but it’s the movement of the players themselves that allows you to build your play withreal intelligence when the difficulty is ramped up.Those who have tackled any Real Football release from 2009 onwards, however, will be equally aware of just how similar 2012’s release is to previous runs.Aside from the odd alteration to the game’s menu systems, there’s no reason for former fans to make a return journey as far as the matches themselves are concerned.Either way, there’s no denying that Real Football 2012 deserves to be nearthe top of the league rather than scraping for its life at the bottom.But Gameloft would do well to give itsline-up something of a shuffle for its next match, before our patience for paying for the same old material starts to run out. 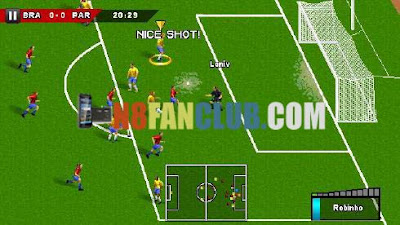