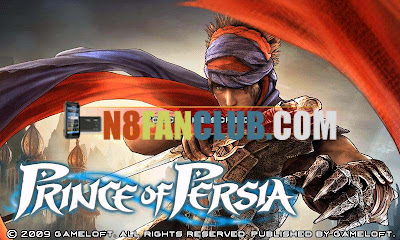 Partnered with Elika, prepare for amazing acrobatics and fight gigantic monsters in 360° with a mix of magic and electrifying combat techniques! To save the world from a magical menace that has contaminated everything in its path, you must be ready for anything: ride a dragon, swing from precariously high ropes and fight a multitude of enemies in gigantic 3D environments full of traps and secrets to discover.

Features:
The official high-definition version of the new Next Generation console game from Ubisoft. New cooperative gameplay allows you to perform acrobatics and spectacular attacks. Spectacular 3D graphics: Characters, animations, and designs adapted from the next-gen version of the game. All New: Fight airborne enemies atop a dragon, swing on ropes, unleash special attacks, and more! Dive into the universe of 1001 Nights thanks to sumptuous 3D designs and dynamic lighting.