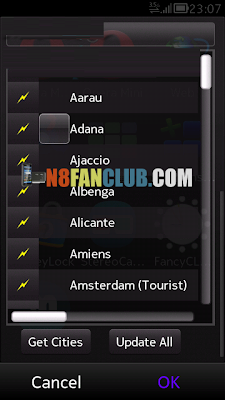 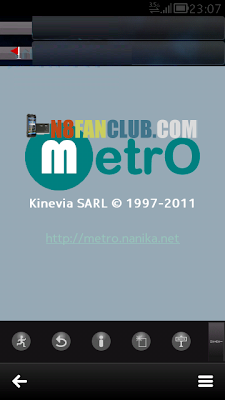 MetrO has broad possibilities:
– Determining the shortest path between two stations, many of the world metro networks
– Note stations transplants, travel time on the proposed route.
MetrO program contains a database that includes information about subways more than 200 cities in the world, including the cities of Russia, Ukraine and Belarus. Need to travel to big cities in Europe

We recommend you to download the cities from the software to get the most up to date ones. Click on the thunder on the left of the city name.

Place the cities from the metro.zip file
And save the cities you need in your phones in the folders C:/data/metro/all
or e:/data/metro/all (select memory card in the preferences if you save on e:).
If you want to uninstall Metro, don’t forget to delete the Metro folder which contains the cities