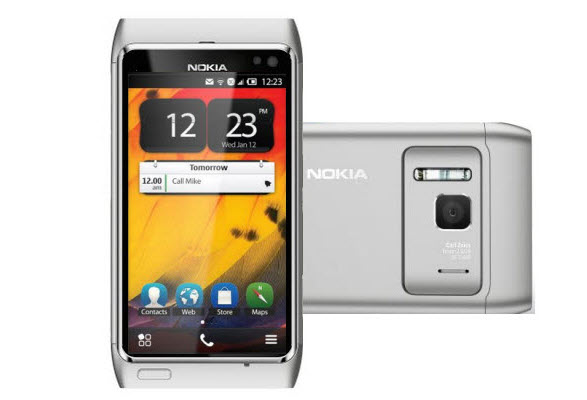 According to some sources Nokia is currently working on another flagship device that is successor for their N8 Smart Phone. The new Nokia imaging flagship device will have the following specifications: And it will be supported by Symbian OS (may be next major upgrade after Belle).

Given Nokia’s commitment to Windows Phone, and announced Symbian phase out plans, it was pretty strange that their new imaging flagship will use the old OS.
But the fact of the matter is Windows Phone Tango (WP iteration that will be shipping next spring) is not able to handle all the Nokia camera wizardry yet. The earliest that they might be able to port most of Nokia’s imaging assets to Windows Phone, will be Apollo/WP8, which is now scheduled for Q3 2012 release.
And after more then 18 months on the market, 24 months after it was announced – next spring Nokia N8 will be an obsolete device which Nokia will be phasing out of the market. The new improved camera flagship on Symbian should replace the aging N8 for those, who really care about quality camera in their phone. Especially if it will be priced at around 350EUR, as the current specs suggest.
One question that remains – is which version of Symbian will the next Nokia camera flagship run. Current Symbian versions (Anna/Belle) only support the nHD screen resolution, and new phone’s display should have higher res then that. Will it be a full fledged Symbian update like Belle, or it could be the 3rd Major upgrade coming to Symbian with name “C” that adds the support for better displays?