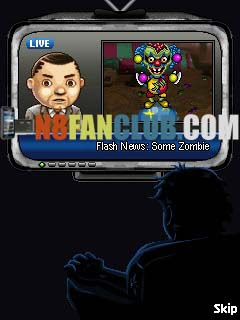 Save your city from the perils of a sudden Zombie Mob attack in over 40 wacky levels! Fend off more than 8 different abominable Zombie Mobs with cool weapons such as a Plasma Cannon, Ray Gun and more! Use different tactics and strategy to arm your elite zombie busting units with superior weapons. Evolve level-by-level with distinct upgrades and become the ultimate Zombie Mob Defense force