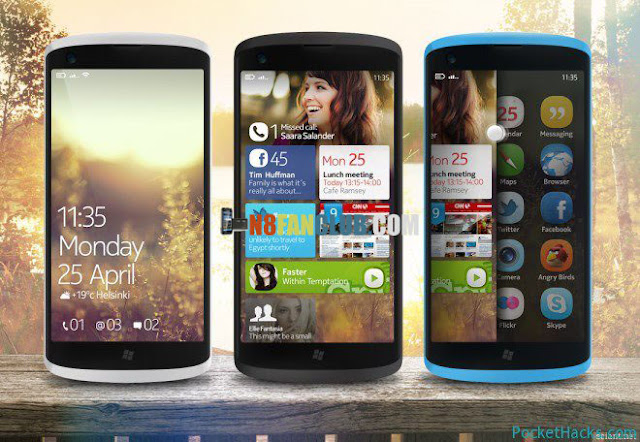 Wpcentral has reported that a new Nokia Windows Phone code named “Nokia Sabre” is coming. Microsoft Canada accidentally reveled the device name ‘Nokia Sabre’ along with ‘Nokia SeaRay’ in the rules for a Mango-app contest.

”The estimated retail value of the phone is $600.00. The type of Windows Phone 7.5 will vary and will be selected at Microsoft’s choosing (examples include Samsung Yukon, Samsung Wembley, NOKIA Searay and NOKIA Sabre)” 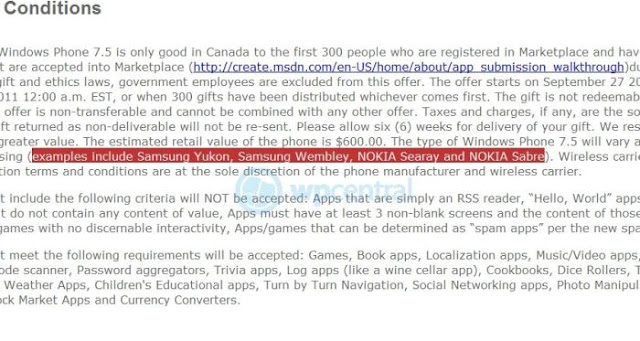 Wpcentral reported that new Nokia Windows Phone “Sabre” has a 3.7 ” screen and support micro SIM card. Two unknown devices Yukon and Wembley are also mentioned there, speculated to be variants of the Samsung Omnia W and Focus S.