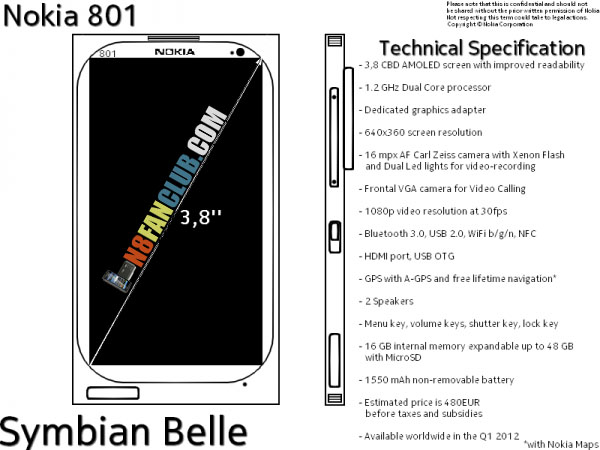 Previously we have seen similar kind of leaked Nokia 900 Hydra with Windows OS. This time Nokia 801 has been leaked which is another flagship Symbian handset and successor of our beloved Nokia N8. With the all new Symbian Belle it has:

This is supposedly going to be announced in Nokia World, October  2011, along with Sea Ray (Nokia Windows Phone) and some amazing QT powered S40 handsets.