Take part in the American struggle to defeat the Empire of Japan after a devastating blow to the US Navy at Pearl Harbour. In Fighter Pilot: The Pacific War, you will take command of your SBD Dauntless dive bomber to support your troops, on land, in the air or at sea, while protecting your home carrier the USS Victory from enemy torpedo bombers. Help your Marines to push the advance by hitting enemy strong points with precise bombing attacks or stop an enemy counter- attack by releasing a well timed cluster bomb. If you dare, take on an enemy heavy bomber before it can release its enormous bomb load on your troops, but avoid its deadly turrets. Your strategy counts! Each mission can be won by numerous different approaches. Either obliterate an enemy airport to secure air superiority or let your advancing troops catcher it to gain an important forward base to rearm and repair your aircraft. Go for the direct kill and sink an enemy capital ship while skilfully evading enemy antiaircraft fire along the way or slowly fight your way towards your target until it is completely defenseless. While your troops are engaged at many points at the same time, you need to make the decision where they need you most. Dodge attacks from enemy fighters by using innovative air manoeuvres, while your trusted second man on your plane will take them down with his mounted gun and with the innovative scoring systems it will not take long to see who is the best Ace in the Pacific War. All this is and more is waiting for you. Strap in and get ready for the flight of your life! 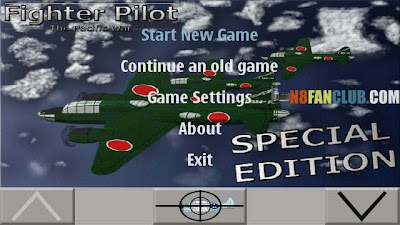