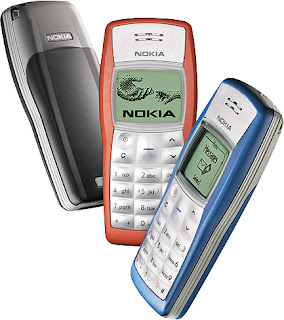 Ask someone in the street what the world’s most revolutionary mobile phone is and the likelihood is they’ll say the iPhone. Hardly surprising when we’re constantly told how fantastic this shiny piece of kit is. It changed “everything”, it has billions of apps and it’s so easy to use a well trained monkey could Face Time its mum.
Well it turns out, that despite the constant braying about the revolutionary nature of Apple, the iPhone isn’t the world’s most revolutionary mobile phone. Nor even its most popular. No, according to a story in Foreign Policy that honour goes to the Nokia 1100.
The most important mobile on the planet
More of the planet’s population has access to a mobile phone than to a clean toilet. Yet of the estimated 5 billion cellphone users worldwide, a lucky minority have smartphones, while a trifling few, iPhones. But the Nokia 1100, that baby is owned by an incredible 250 million people worldwide.
It may look like a brick. Its keypad might be too narrow for two-thumbed texting. Its screen might be ridiculous small, the pixels large and monochrome. The ring tone might both tinny and harsh on the ear. And, sins of mobile sins, it might be as far from intuitive as we are from the moon. Yet it’s still the most important mobile on the planet.
Humanity’s most rugged, efficient calling machine
Introduced in 2003, an eternity ago in tech years, the 1100 doesn’t do much more than make calls and text. But as the Foreign Policy magazine says the Nokia 1100 is “humanity’s most rugged, efficient calling machine.” Built to endure the less-than-ideal conditions for electronics in developing nations, it was designed to work for as long as possible, as cheaply as possible. It has transformed more people’s lives than an Apple phone ever will.
Now that really is changing everything.